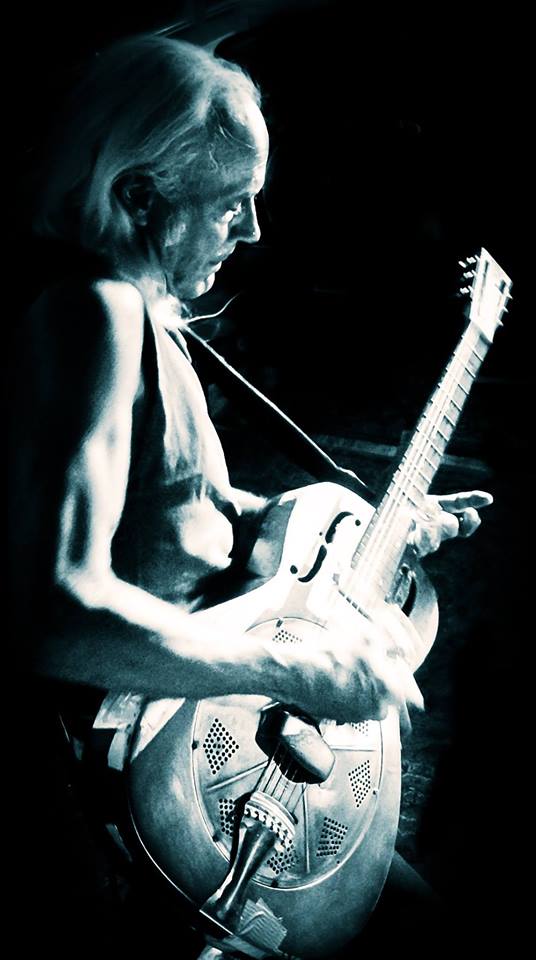 Kent Duchaine is a contemporary American blues musician & recording artist, born on 20 April 1951, in Minneapolis, Minnesota, USA. DuChaine currently lives in Fort Gaines, Georgia, United States. The DuChaine surname derives from France and his ancestors settled in Canada around the beginning of the 17th century, before becoming part of the Native Americans in the United States tribe, the Chickasaw.

From the moment he picked up a ukulele at the age of six, it was always DuChaine’s intention to be a musician. The British Invasion sparked his interest in the guitar and Eric Clapton’s versions of Robert Johnson songs drew him to the blues.
As a teenager, he played in a number of groups, even playing bass in a psychedelic band, while he studied slide technique at home. In 1972, he played bass in Aces, Straights and Shuffles with Kim Wilson {later of The Fabulous Thunderbirds} and the pair also worked as a duo. The band backed up blues musicians including Fenton Robinson, Boogie Woogie Red, Luther Tucker, Hubert Sumlin - the legendary Howlin' Wolf's equally legendary guitarist - and Eddie "Guitar" Burns. The reputation of the band grew and Willie Dixon arranged a recording contract and a concert sharing the bill with Albert Collins, John Lee Hooker and Howlin' Wolf.

In 1979, DuChaine met up with his beloved and ever faithful 'Leadbessie'.
She is a beat up 1934 National Steel Guitar that wows and astounds audiences when the equally beat up case she travels in is opened and her extra heavy strings are furiously played.

Kent discovered and looked up Johnny Shines in 1989. They travelled together for three years and performed over 200 shows. In that time they recorded Back To the Country with Snooky Pryor, and were honoured with the coveted Blues Music Awards for best country blues album.
In 1991, the Smithsonian Institution honoured the King of the Delta Blues, Robert Johnson. DuChaine and Shines were specially invited to perform and Roots Of Rhythm & Blues: A Tribute to the Robert Johnson Era was the result. This was recorded by Sony BMG and also Grammy nominated. DuChaine and Shines' partnership and friendship was sadly cut short when Johnny Shines died on 20 April 1992.

Since going solo in 1982 and firstly hitting the roads in the United States, Kent and 'Leadbessie' have probably clocked-up over three million miles together, including over 100 plus tours in Europe and the United Kingdom during the last 25 years, promoting the delta blues and blues music in general. DuChaine also speaks of the history of the blues music, the great men who developed it and his incredible involvement with some of them to audiences far and wide.

Songs such as "Shake Your Moneymaker" and "Jitterbug Swing” have folk up dancing. Kent’s versions of "Trouble in Mind" and "St James Infirmary Blues" have been seen to bring tears to many eyes. The Times newspaper named him as one of the five best gigs in the United Kingdom.

Kent and Leadbessie have dedicated fans all over the world who are asking all the time for him to add another album to the seven, plus one live DVD, that he has already released. These include his own recordings as well as songs that he keeps alive from the past.

Kent Duchaine frequently tours in the UK, so check out this page for gig details..