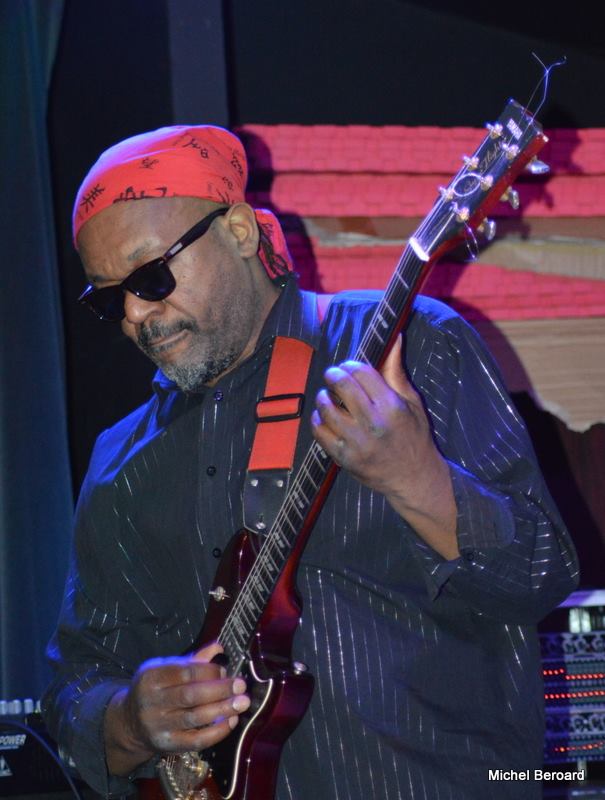 GABBIDON is his brainchild - an eclectic grouping of musicians hell bent on providing the audience with a good time with their fusion of reggae, rock, ska and jazz styles meshed with catchy rhythms and soulful harmonies. GABBIDON have appeared in various guises over the years, as Gabbidon Worldwide, or Gabbidon International or just plain GABBIDON, with irregular gigs taking place in clubs and venues across the Midlands and at festivals such as Reggae Rockz, Black History Month and Making Friends With Music. Each member of the band has roots in Birmingham's musical community, and the line-up can alter depending on the particular performance. Basil's own career spanned four albums with Steel Pulse before he enjoyed success in the '80s and '90s with Bass Dance, alongside his brother Colin on drums and vocalist Lee Alexander. The rest of the band are much-in-demand musicians who ply their trade across the Midlands with an assortment of combos, playing various styles of music.

In recent years, Basil has spent a lot of his time making real efforts to encourage the schoolchildren and youth of Birmingham and the Midlands to enjoy and participate in music through a series of community music programmes. "There are other ways to keep music alive apart from constant gigging and replaying your old stuff. I'm now trying to put back what I got out of it. To try and motivate local people and promote music to the youngsters in schools in particular. I will never stop making music. I'm enjoying it more now over the last few years. The energy is back, I can play any music I want to, not just reggae. My confidence is bubbling again." When he's not encouraging the next crop of musical talent to blossom, Basil and his friends continue to entertain. GABBIDON performances invariably include a variety of compositions, many are Basil's own such as The Key and Don't Kick The I, or tracks like Handsworth Revolution, Bad Man and Rally Round recall his successful Steel Pulse days. They also cover music by some of reggae's finest names including Bob Marley, Third World, Burning Spear, John Holt and Dennis Brown.

Basil is also the musical director for the Reggae Rockz event as part of the Birmingham ArtsFest. In 2004 this included a day-long celebration of reggae at the Symphony Hall included two performances of Reggae - The Musical Journey, a specially commissioned history of reggae in words, music, images and dance, and a star-studded showcase concert in Centenary Square that same evening. Alongside Pato Banton, Apache Indian, The Beat and Neville Staple Band, GABBIDON performed the finale with two special guests, David Hinds and Selwyn Brown, joining Basil on-stage for the first time in many years and performing the Steel Pulse classics, Prodigal Son, Bad Man, Ravers, Rally Round and Taxi Driver. The main event for Basil in 2005 was the second Reggae Rockz festival, held as part of the Birmingham ArtsFest in September 2005.

Reggae Rockz took place on Friday 9 September in Centenary Square and was a major success. A large audience turned up to witness the return to their home city of headliners Steel Pulse and other quality acts such as The Beat, Neville Staple and Dawn Penn, as well as Basil's own group, GABBIDON and their lover's rock persona, TUFFLUV. A great night was had by all...

& we here at Surge Music can guarantee that's the case, because we were there :-)