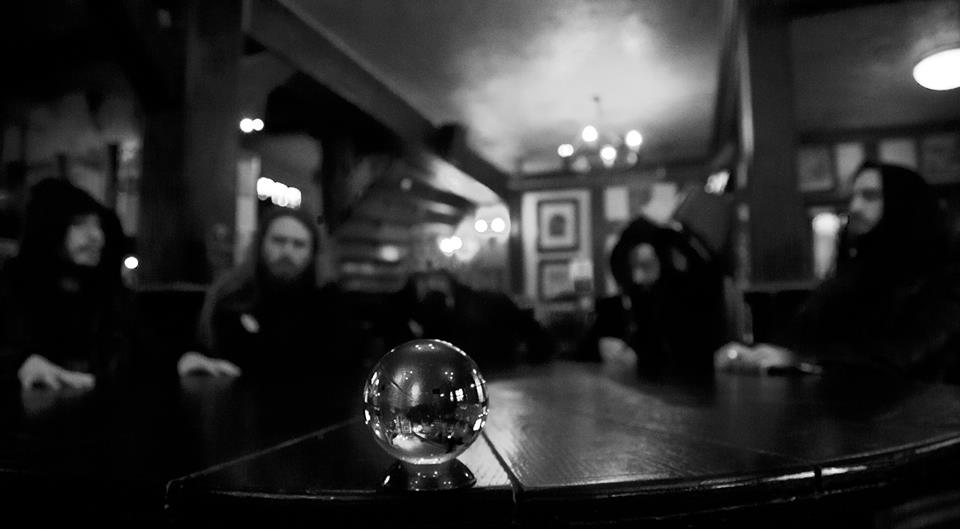 Forming in 2012, Brighton’s King Goat quickly deviated from their initial aim to be a traditional sounding band. With a vast range of influences, both inside and outside of metal, King Goat’s sound started to take on a much more progressive bent. King Goat released two well-received EPs in 2013 and 2014 before the highly anticipated release of their debut album, Conduit, in March 2016, the critical response to which has been overwhelmingly positive.

While continuing to progress in the studio, King Goat have been bringing their spellbinding stage show to venues across the UK, including a packed out New Blood tent at Bloodstock Open Air, Mammothfest, Doom Over London IV; shows with Enslaved, Grand Magus, Jex Thoth, Witchsorrow and many others.

In 2016 King Goat continue this trend and expand further across the UK and europe after a triumphant return to Doom over London, for the sixth edition; King Goat will be heading to Leofest, to Somatic Death Festival, and to the Camden Underworld, in support of Primitive Man; with more shows still to announce throughout the year. Looking ever forward, King Goat are already booked to perform at Doom Over Edinburgh festival in 2017, which will likely be in the lead up to album number two!

... They've rightfully taken their seat amongst the best that modern doom has to offer

This could be the start of a blockbuster franchise after all

Conduit is a slow burner that I liked from the start, but I have grown to love it. The blend of good ideas and great performances makes for an album that is surprisingly addictive. The record flows, and even when songs strain a little bit at the edges of “too long,” it’s forgivable, because the whole is greater than the parts

There is a real sense of the epic to the song writing, which is helped by a really excellent production that has plenty of warmth and immediacy. All in all, a really great release, and for once, it seems that the hounds of social media may have a point: King Goat ARE good. (8/10)

...crafts excellent hooks within the context of a traditional heavy metal-type sound, all while never being afraid to push that formula to its absolute limits.

This is one of the most genuinely surprising, exciting and interesting listens we’ve has here at MOSH for some time. In a genre teeming with talent, King Goat have raised the bar. There’s so much going on here, there’s genuinely something to cater to all tastes, but the ‘kitchen sink’ approach doesn’t detract from the overall sound of the album. King Goat might have just opened up their Conduit to greatness. (9/10)

Taking influence from traditional doom metal and altering it so as to not simply imitate past acts, King Goat have proven their right to be considered amongst doom's best, and most creative, modern groups. (8.5/10)


Every track on Conduit is packed with substance and feeling. There’s very little empty space and few wasted moments within the songs. Although many doom bands fall into the trap of becoming samey, King Goat are actually, well, interesting. Pop this album on with headphones, and prepare to get transported to another world.


In the kaleidoscopic jigsaw puzzle of King Goat‘s sound there are flitters of deviance and disorder. Deviance from current genre troupes. Disorder stemming from the unpredictable nature of each progressing passage of their music. At it’s most primitive, it’s mean. At it’s heady heights, unnervingly addictive.


As much as it mightily impresses initially, Conduit just gets bigger, more striking, and inspirational with every listen. The King Goat craft and songwriting has come of age with Conduit, and in turn so has their sound though it still suggests we have yet to get below the first few layers of the band’s creative depths. That potential can surely only mean even bolder creative times to come, though whatever comes next will have to go some to eclipse this gem of an encounter.

If multi-faceted Doom with expansive dynamics and full, lush textures, all of which is offset with some vocal variances and the occasional minimalist moment here and there, is what gets your blood flowing then by all means you need to check this offering out.